Drinking Alcohol at a young age May Damage Their Brains

Alcohol is the drug of choice among youth. Many young people are experiencing the results of drinking too much, too early.  In a recent survey taking in the Arenac County Schools (MIPHY), 16% of seven graders said they have drank alcohol.

Among students who drank alcohol, 27.9%said they got their alcohol by giving someone else money to buy it for them and 50.8% said someone gave it to them. Many people believe that adolescents can easily recover because, compared to adults, their bodies are more resilient, yet the opposite is true. Young adults are especially likely to binge drink and to drink heavily. Heavy alcohol use may have extensive and long-lasting effects on the brain, ranging from simple “slips” in memory to conditions that last a lifetime.

The human brain continues to develop in the teen years and even into the 20’s. The Brain’s frontal lobe, which is involved in planning, decision-making, impulse control and language, undergoes a major remodeling during the teen years. There is concern that drinking alcohol during this period of growth may lead to brain damage, especially for memory, physical skills and coordination. Most of the damage done by alcohol during adolescence is due to its interference with neurotransmitters, the things that send messages to the brain. Alcohol injects chemicals into the brain that affect important growing processes. For example, alcohol stimulates the release of dopamine, the ‘feel-good” neurotransmitter.  Heavy alcohol use interferes with the brain’s ability to form memories.  Adolescents, unlike adults, are still forming connections between nerve cells that play a role in memory, and alcohol may damage the development of these connections. Adolescents who drink a lot of alcohol also end up having more memory and learning impairment than adults who drink the same amount because their brains are more pliable and easily affected by alcohol’s damage.

Alcohol’s Effects on the Brain

Adolescent drinkers scored worse than non-drinkers on vocabulary, general information, memory recall and visual-spatial functioning.  Adolescent binge drinkers perform worse in school, are more likely to fall behind, have higher possibility of school drop-out, and have an increased risk of social problems, depression, suicide thoughts and violence. Binge drinkers are also more likely to earn grades that are mostly D’s and F’s in school.

Teens are less sensitive to the effects of alcohol, which allows teens to drink longer than adults, giving them the feeling that “I can hold my liquor.” For teens, heavy drinking can lead to adaptations in the brain that requires more and more alcohol in the future in order to feel the same pleasurable effects from the alcohol. People who reported starting to drink before the age of 15 were four times more likely than those who delayed onset of alcohol use to become dependent on alcohol at some point in their lives.1 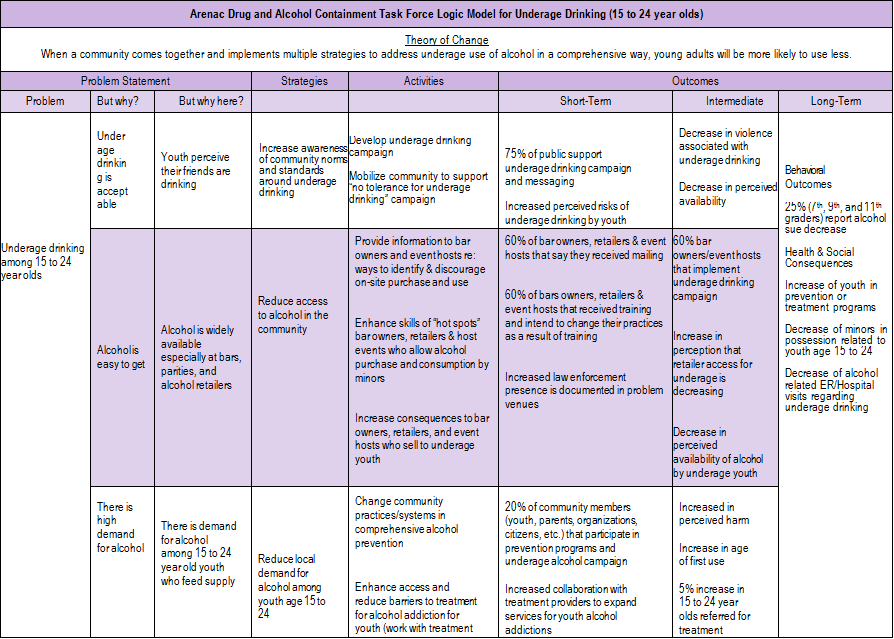 Young Teens and Alcohol: The Risks

While some parents may feel relieved that their teen is “only” drinking, it is important to remember that alcohol is a powerful, mood-altering drug. Not only does alcohol affect the mind and body in often unpredictable ways, but teens lack the judgment and coping skills to handle alcohol wisely. As a result: Alcohol-related traffic crashes are a major cause of death among teens. Young people who drink are more likely to be victims of violent crime.